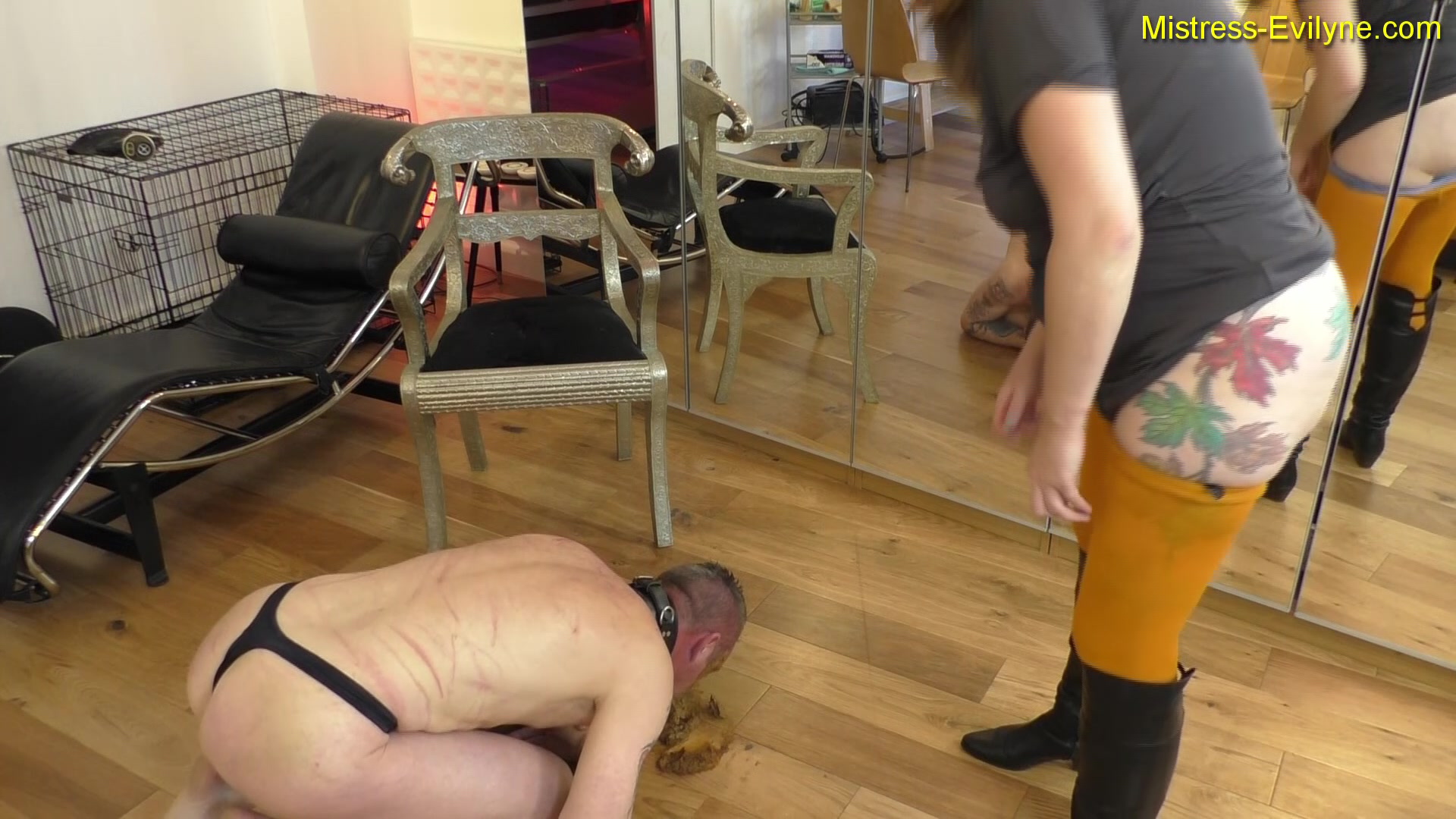 I’ve invented a new game. It’s called truffle pig. In it, My hungry toilet slave is blindfolded and bound, lying on the floor. I take a huge dump in a diaper, and pick up a spoonful of it to put under his nose. I make him smell the shit, and then using his memory of that smell, he must hunt down

the rest of the turd, just like a truffle pig, in order to be able to eat it. As a reward, once he has got there, I spoon feed him the rest while he is still blindfolded. It’s such a fun game! The best part is that the shit is so gigantic that it’s too much for him, but the deal is that he must eat everything or end up with his head tightly wrapped in the shitty piss filled diaper, crawling around like a worm on the floor. So pathetic!!! :shit: Very good clip, best of the batch! 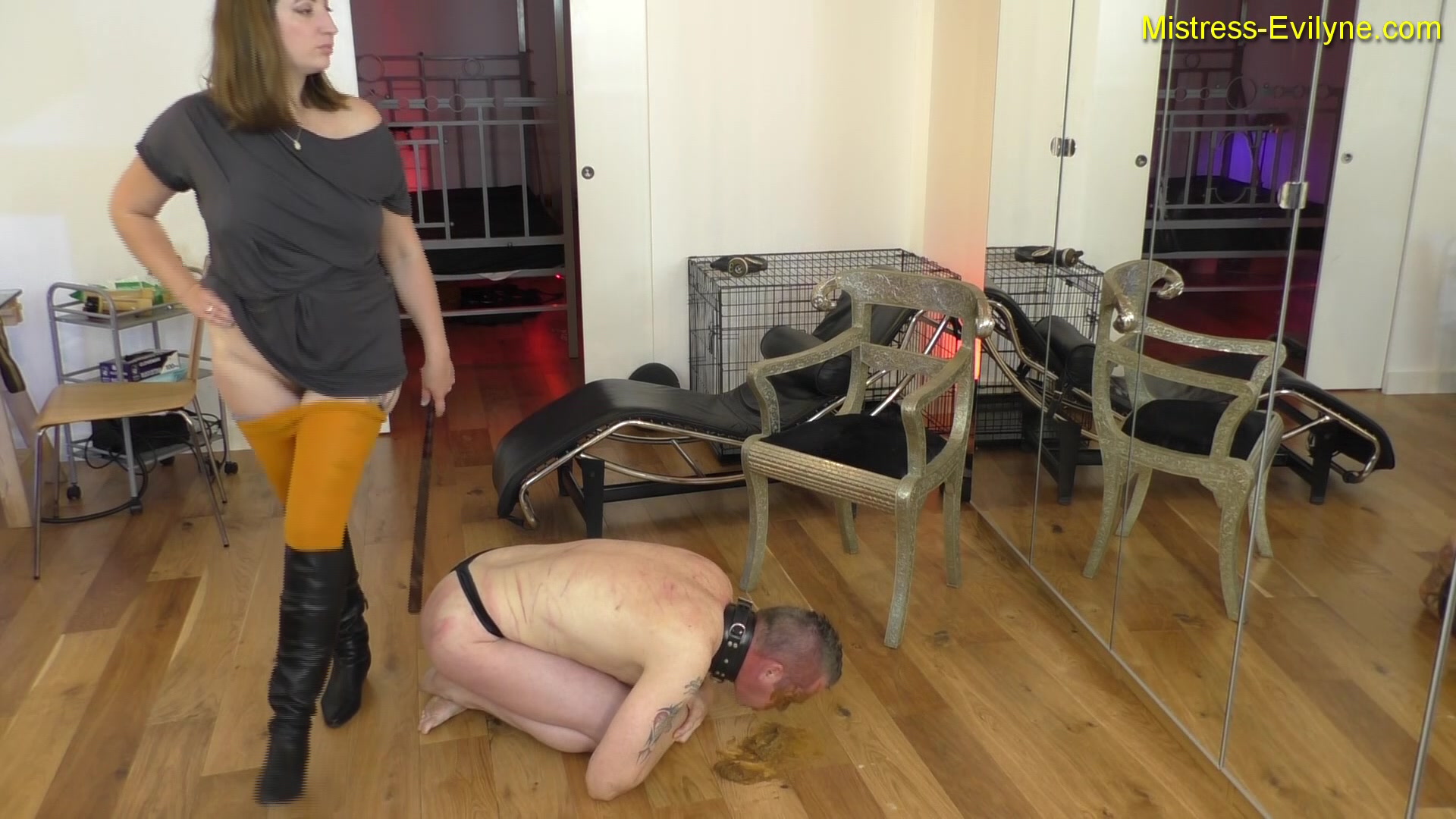 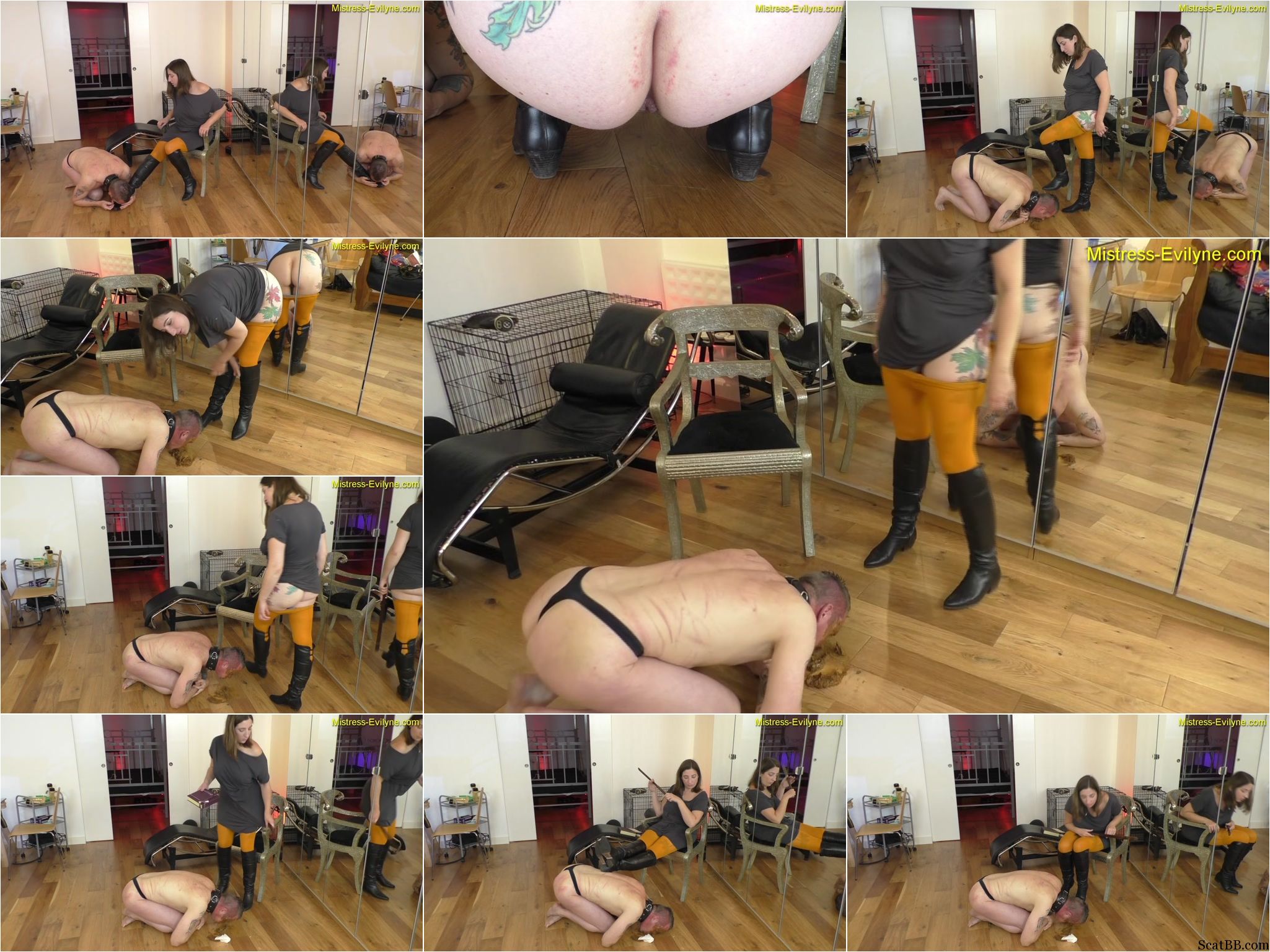