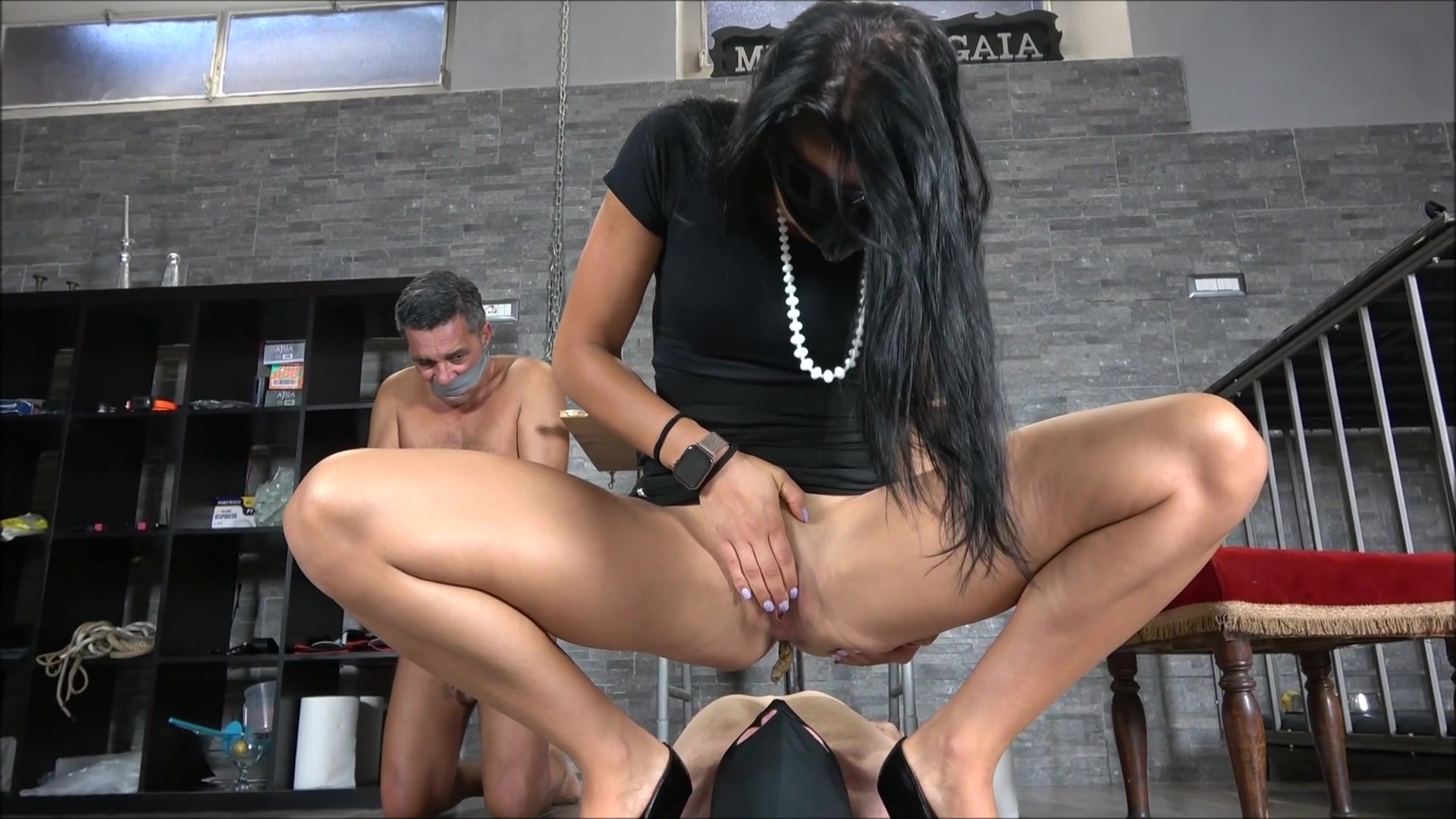 Today I have two useless slaves in my cage. Some slaves are good as maid, others as ponyboys, others as whipping-boys or money-slaves, but these two are completely useless; I have to keep them in the cage, otherwise, instead of helping me, they would make a mess in the studio. However, I want to give them another possibility, the last one: today I’m going to use them as toilet slaves, hoping that,

at least one of them, can be useful as a human-WC. I order the first one to get out of the cage, lie down on the floor and keep his mouth open; I squat over his face and I deposit a nice piece of shit in his mouth. It’s not a big one, nevertheless, he starts gagging and I fear he can vomit on the carpet. I order him to chew and swallow but he can’t, the shit is still in his mouth. I don’t want him to spit it out, tehrefore, I put a piece of tape on his mouth; he will keep it until he swallows everything. I call the second slave; same procedure. A lot of shit fills his mouth but he immediately starts swallowing and soon his mouth is empty again. After all, this slave can be useful: as a full toilet-slave!!! :shit: Italian clip! 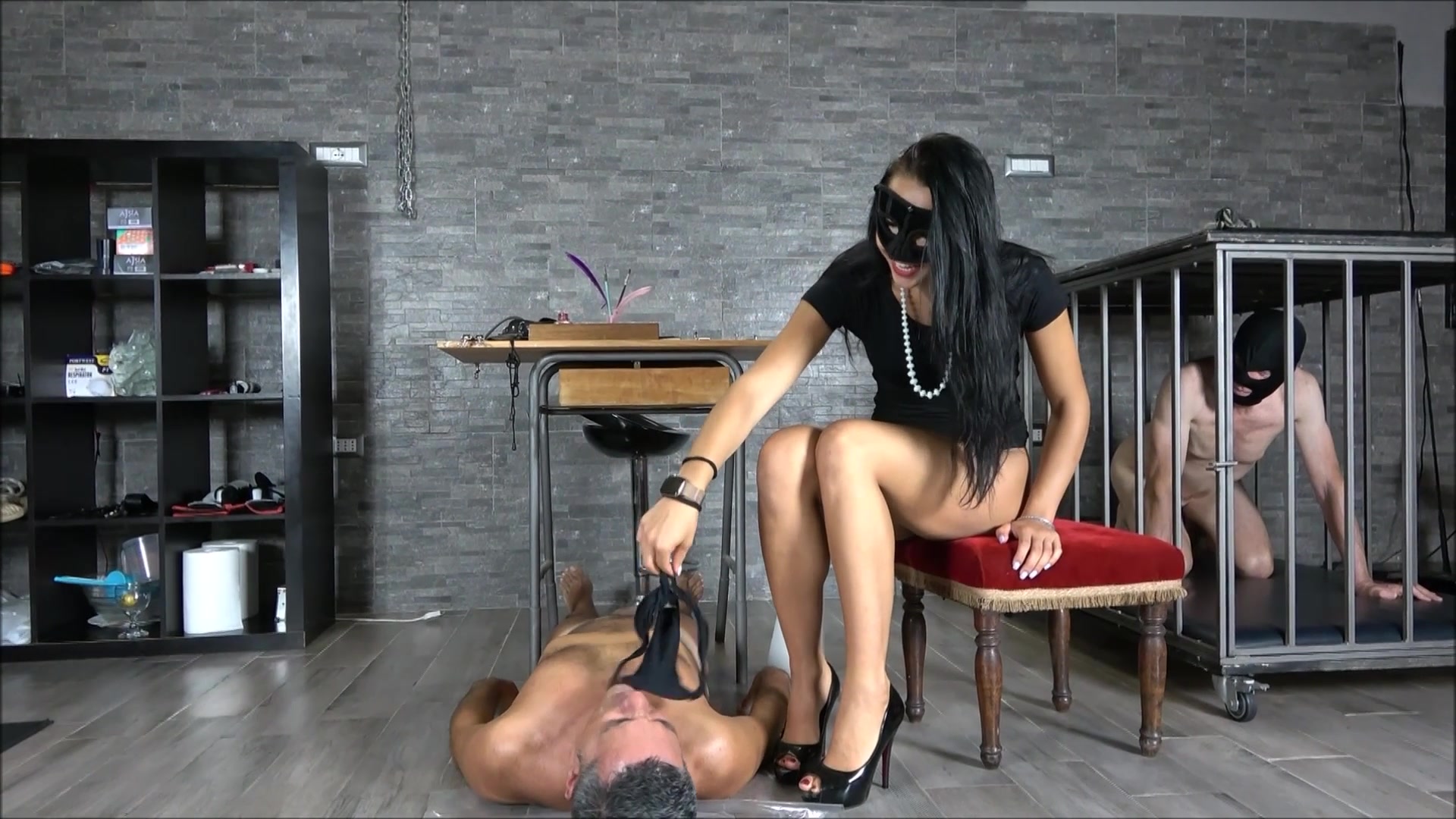 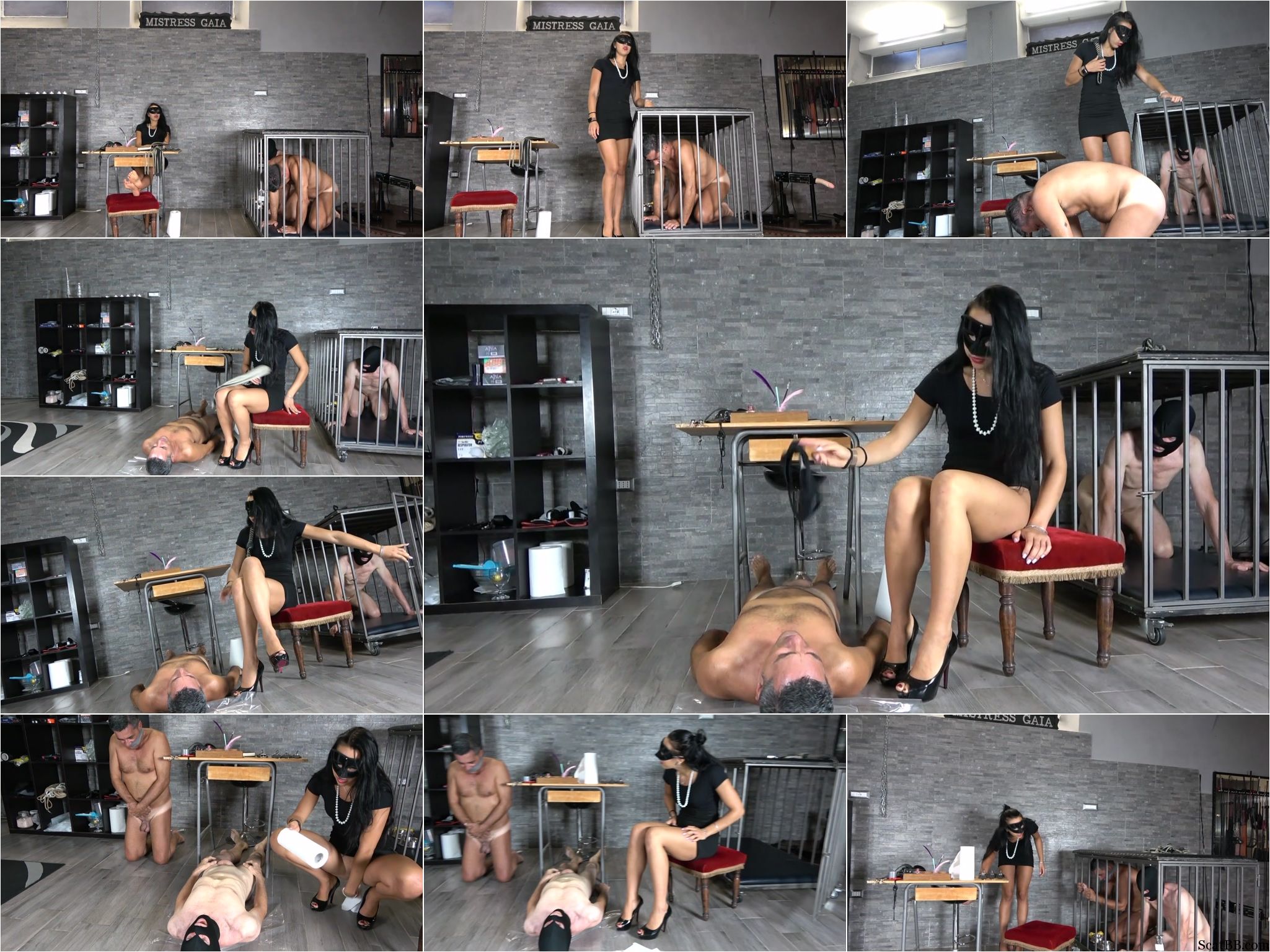