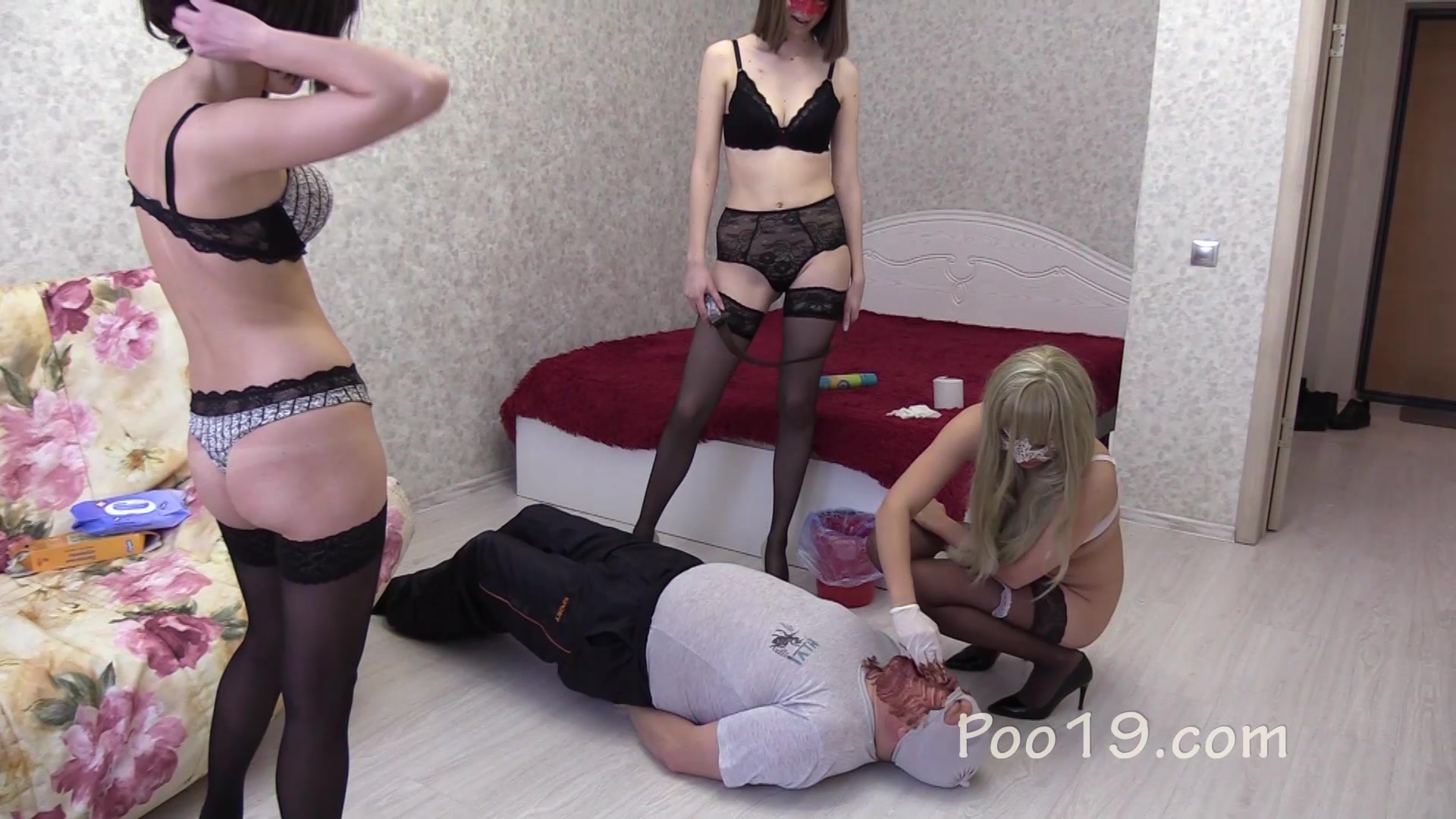 Eating crap under penalty of punishment. Eat the shit of Mistress is a honorable duty of the toilet slave. He is always happy to serve as a toilet for the beautiful young girl. But for Mistress, it is important that the slave eat shit quickly, so she usually speeds up the

slave with the blows of a whip or belt. This time, Yana, Christina and Karina very much wanted to go to the toilet. Therefore, the toilet slave had to serve them quickly. The girls tied his hands so that he would not defend himself from the blows. Yana was the first. Her shit was very stinky, liquid and red, because she ate beets. It was very difficult for slave to swallow her shit, he was nauseated. It was very nasty. But he had to eat it very quickly, because he was beaten with the belt on the stomach. Yana 3 times filled the slave’s mouth, so he had a very hard time. After Yana was Christina. Her shit was also very smelly and bitter. In addition, it was with loud nasty farting. Karina, who was the last, put in slave’s mouth hard sweetish sausages. Slave successfully coped with all portions of shit. But it was difficult for him. Because at the same time he felt the pain of being hit by the belt. 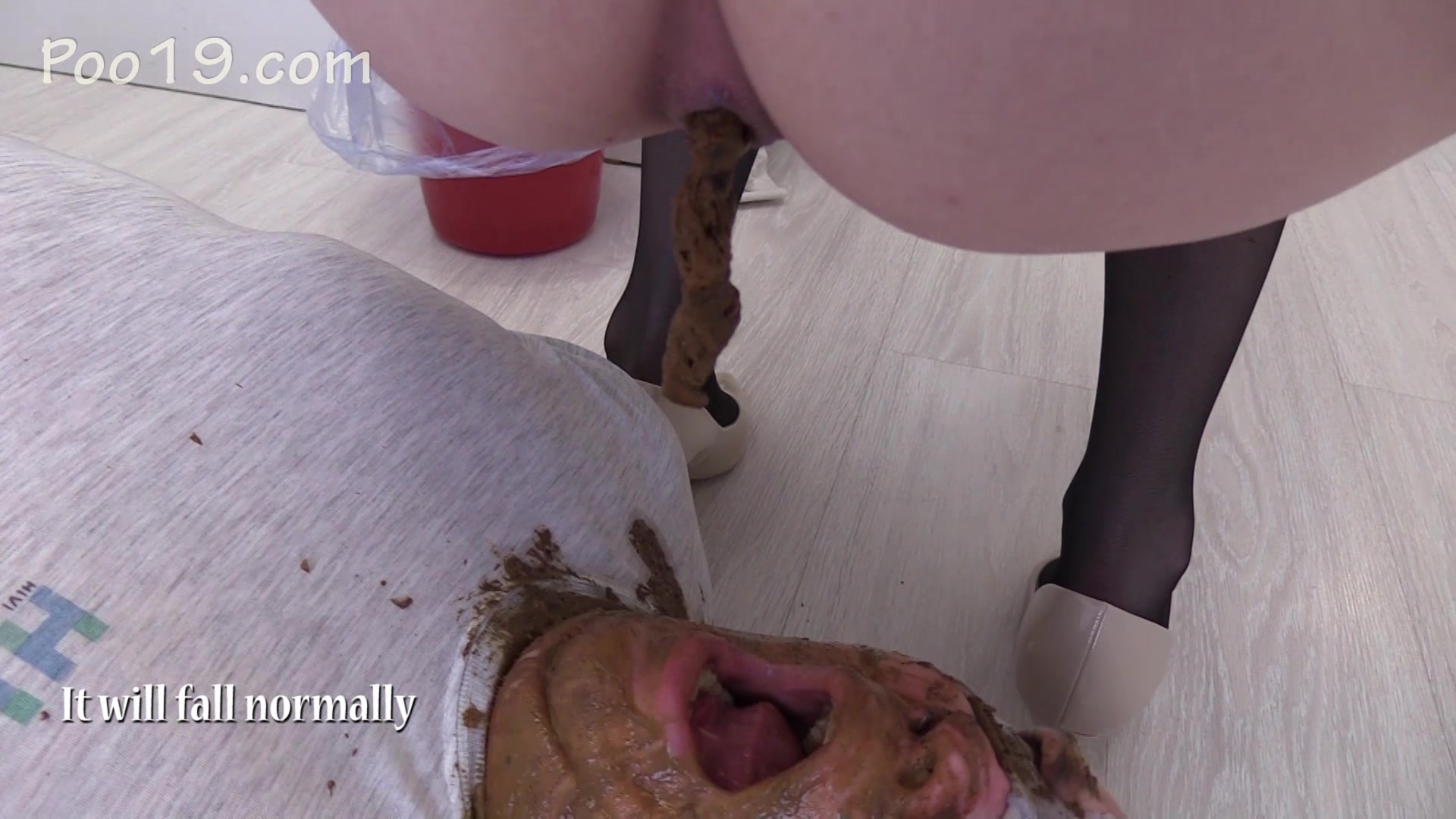 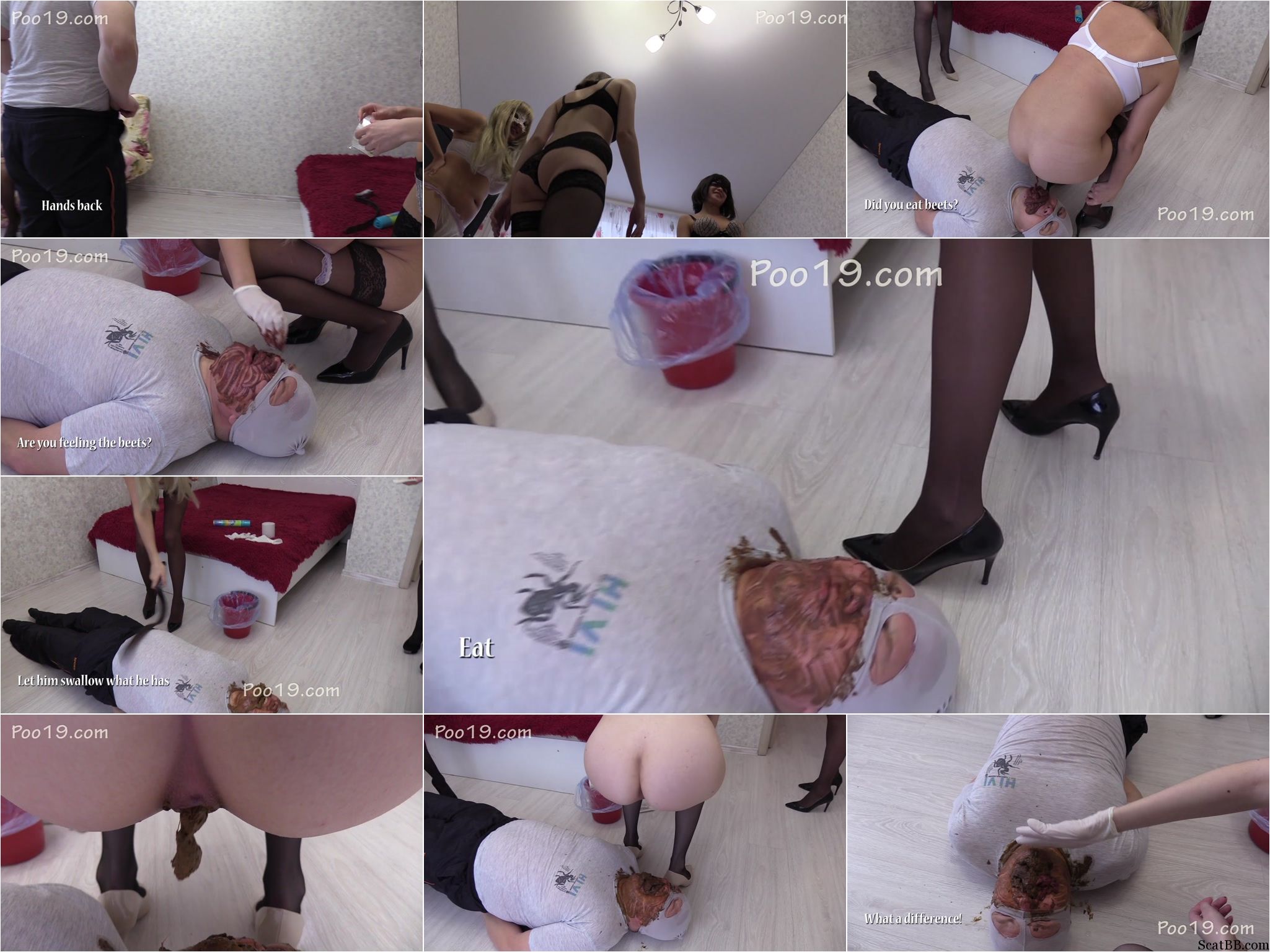