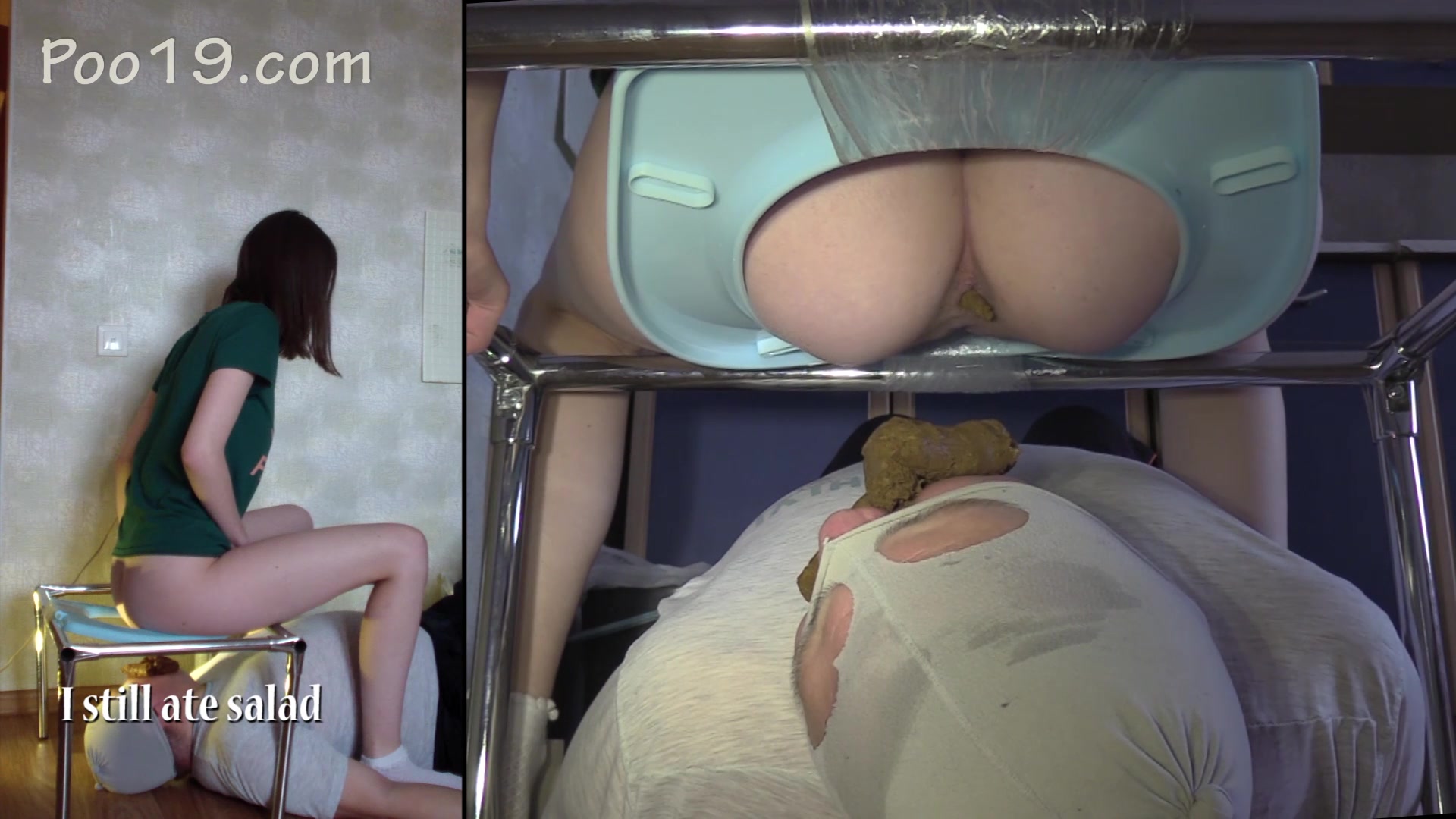 Toilet slave usually has to undergo the variety of humiliations from the Mistresses. This could be both morally and physically. Karina had her period, and she decided to change the tampon by dropping the soaked tampon in the slave’s mouth. The slave had to suck the used tampon in front of the girls

, and Mistress Lassie at this moment was beating him with whip. Sucking vaginal discharge of the beautiful girl from her used tampon is a great pleasure for slave. This is a strong but simultaneously a pleasant humiliation. Then, the slave was used by girls as the toilet. The first was Lassie. She filled the slave’s mouth with semi-liquid smelly shit. However, it was not very much. Karina again distinguished. She gave a huge amount of shit and made a huge pile on the face of slave. Dealing with such quantity was not easy. The shit was very smelly, because Karina ate salad and chicken in the batter yesterday. However, the slave coped with this, and did not leave a single piece. 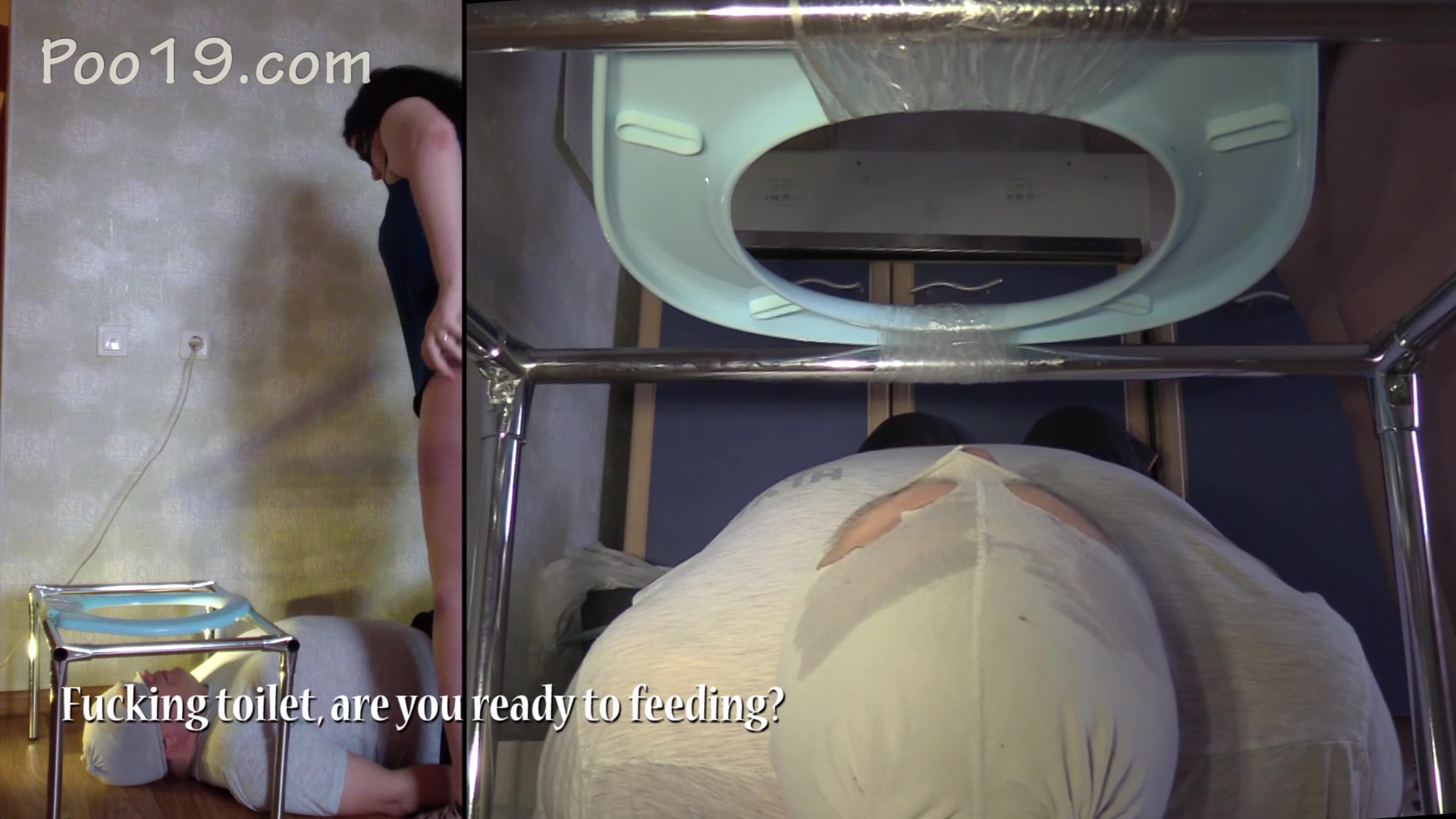 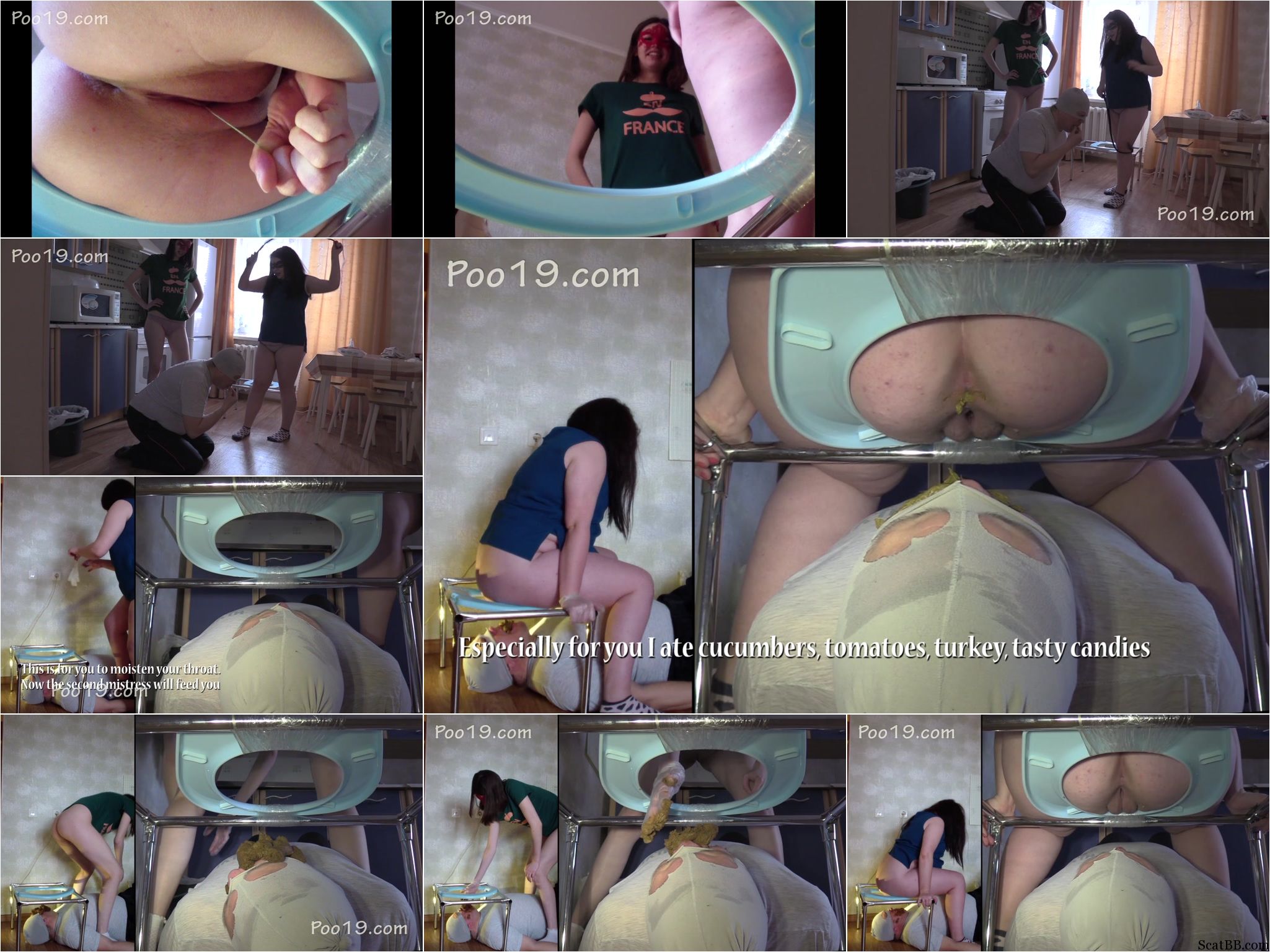