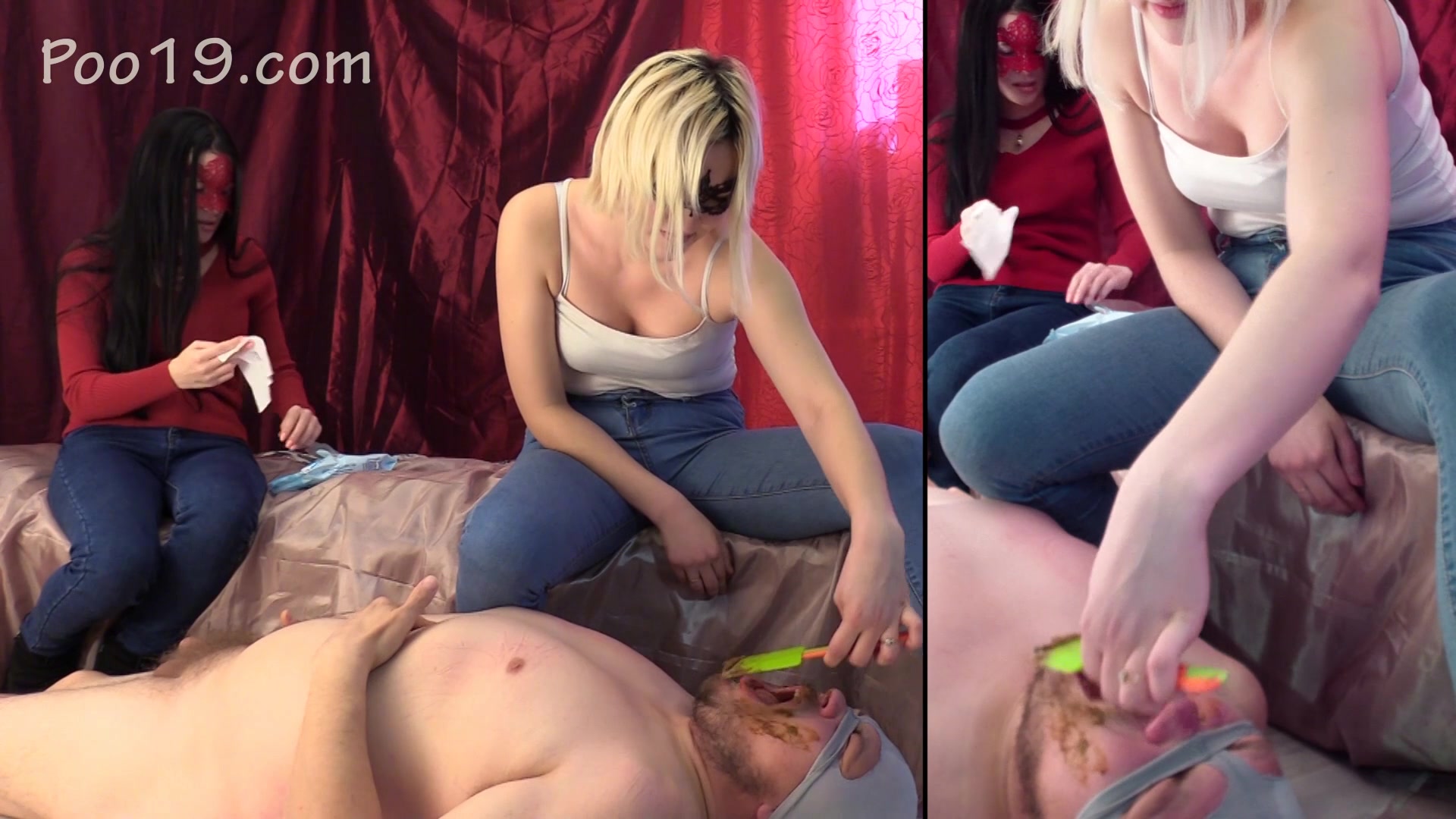 I was very ashamed, and I was ready to fall through the ground from their ridicule. The girls’ boots were dirty after the walk, so I had to lick its by tongue. Yesterday’s food eaten by the girls sought to go out, so the Mistresses decided to take the moment to shit in my mouth. And so, I see Victoria’s ass above my mouth. Anus opened, and the stinky sausage of her shit fell into my mouth. Mistress Victoria was shitting for a very long time. After the first large portion, several small ones followed. When she was doing this, she was stepping on my body with a sharp heel. I was very hurt, but had to endure. After I ate Victoria’s smelly poops, Christina filled my mouth with the bitter porridge of her shit. I completely ate yesterday’s dinner of both girls. I was hurt, ashamed and humiliating. But I was glad that I ate shit from two beautiful girls, and Mistresses were pleased with me. 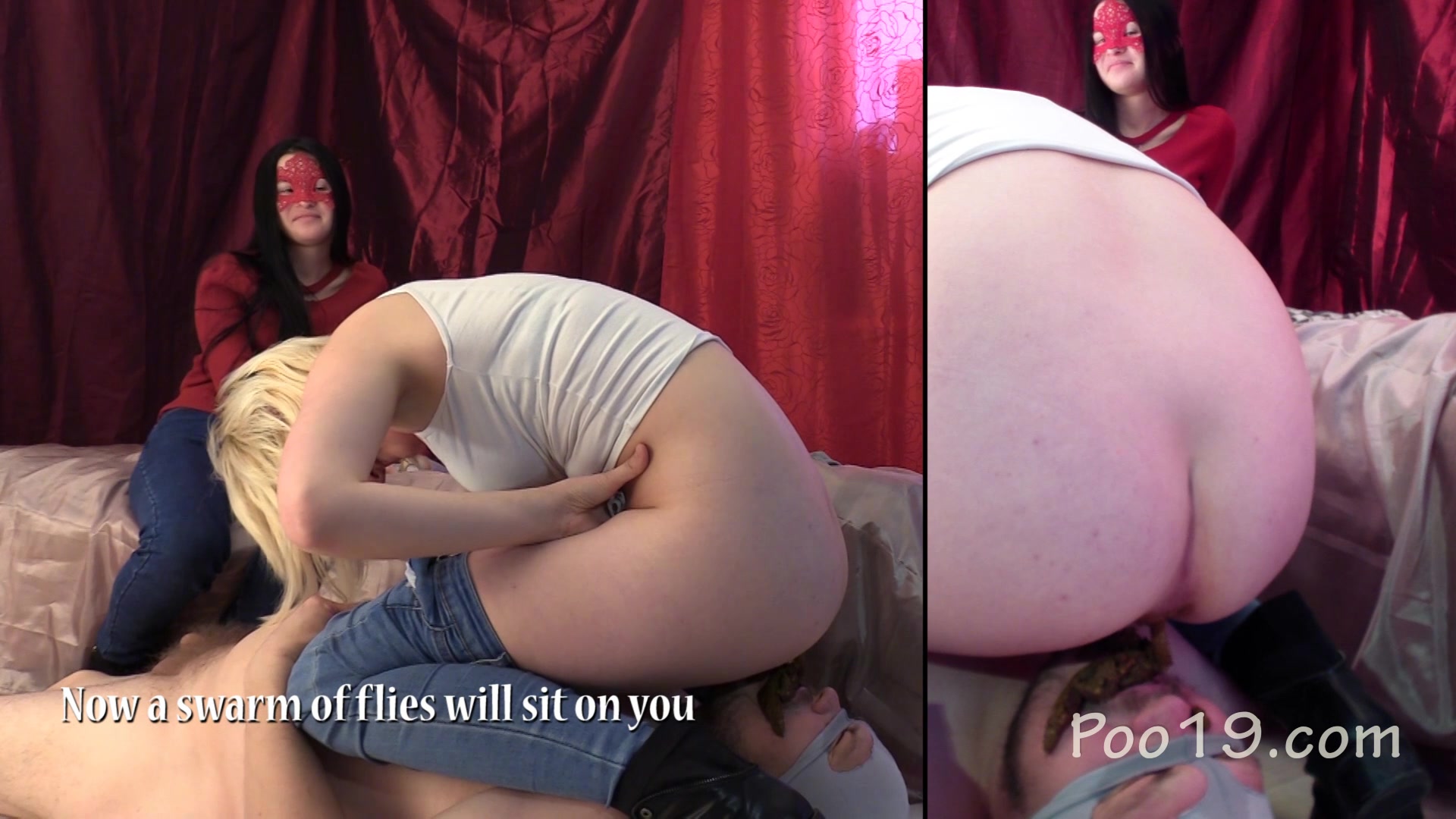 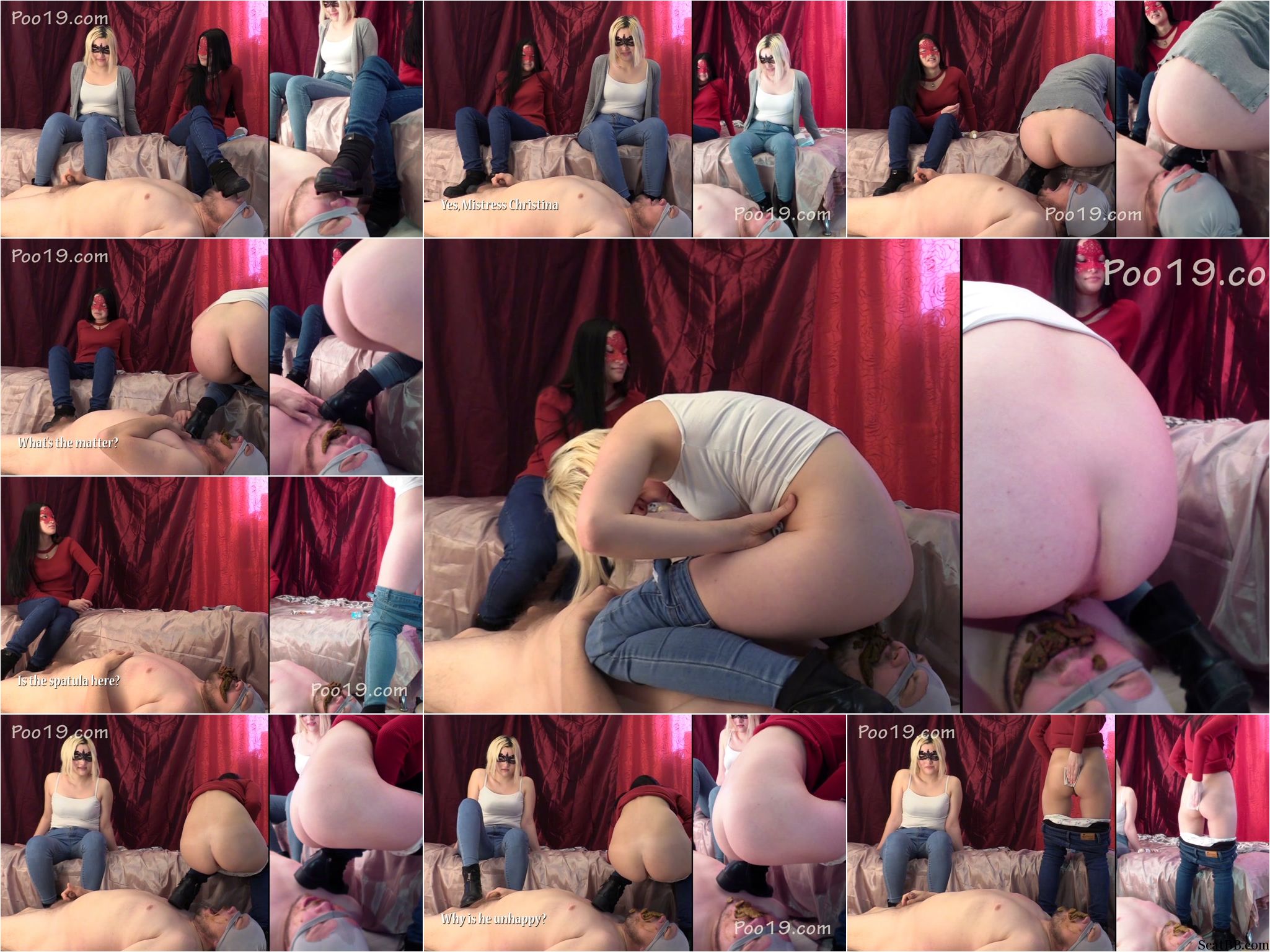