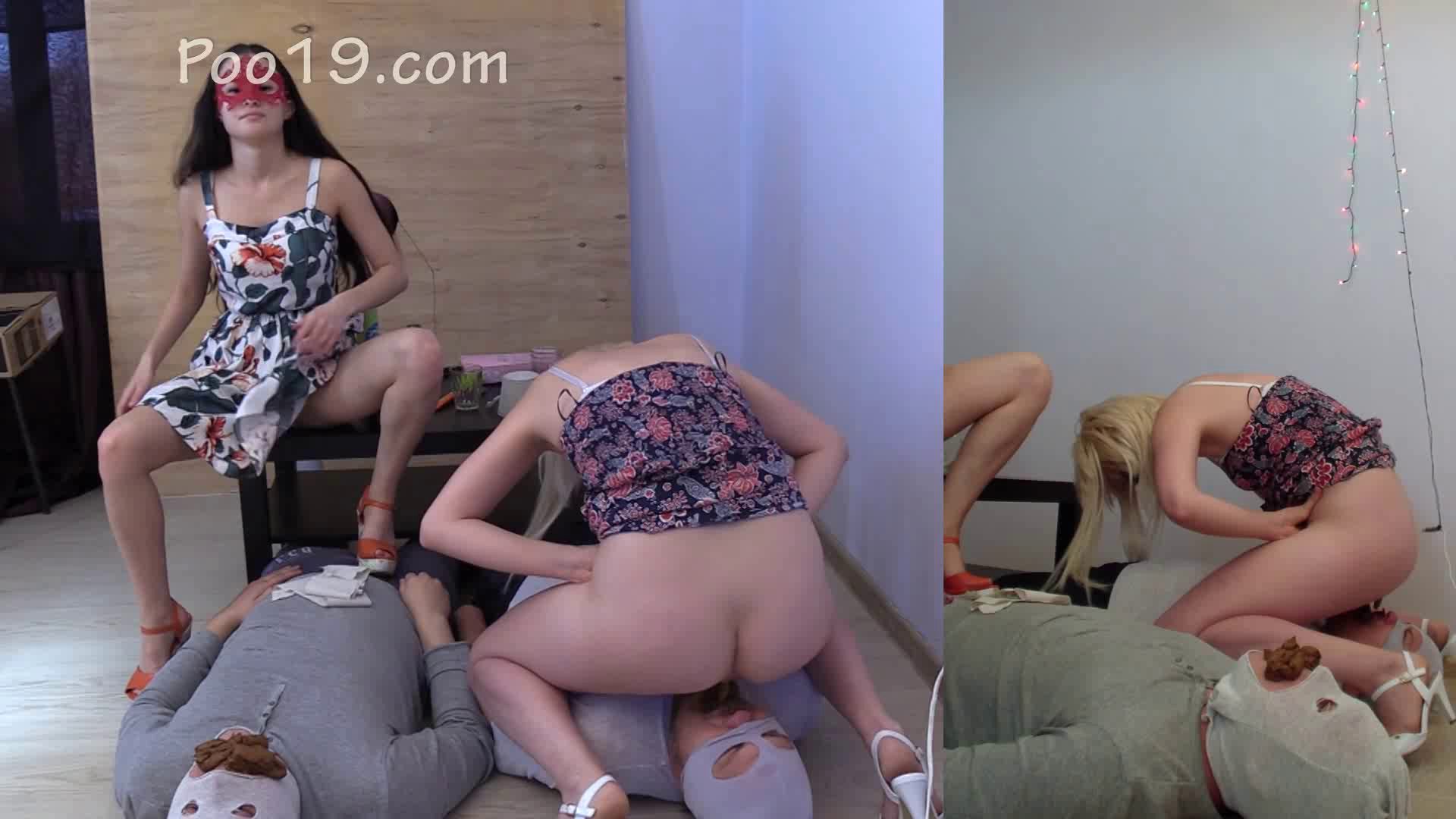 At first, the girls crushed me and Vitaly with their feet to the music, Victoria was in high heels, and Christina in hard shoes – it hurt us! Victoria was pooping for a long time and for a long time I was lying with Christina’s shit in my mouth, the shit was liquid, so my mouth began to salivate, because

the shit had an aggressive taste, and all this started to drain down my throat, I began to choke and swallow . But according to the rules of the tournament, I did not have the right to swallow until the mistresses allowed. Finally Victoria finished and the tournament started! At first I swallowed what was flowing down my throat – it was terribly disgusting, I started to feel sick. And suddenly I heard that Vitaly had already won, but according to the rules the slave had to eat everything and I had to continue .. 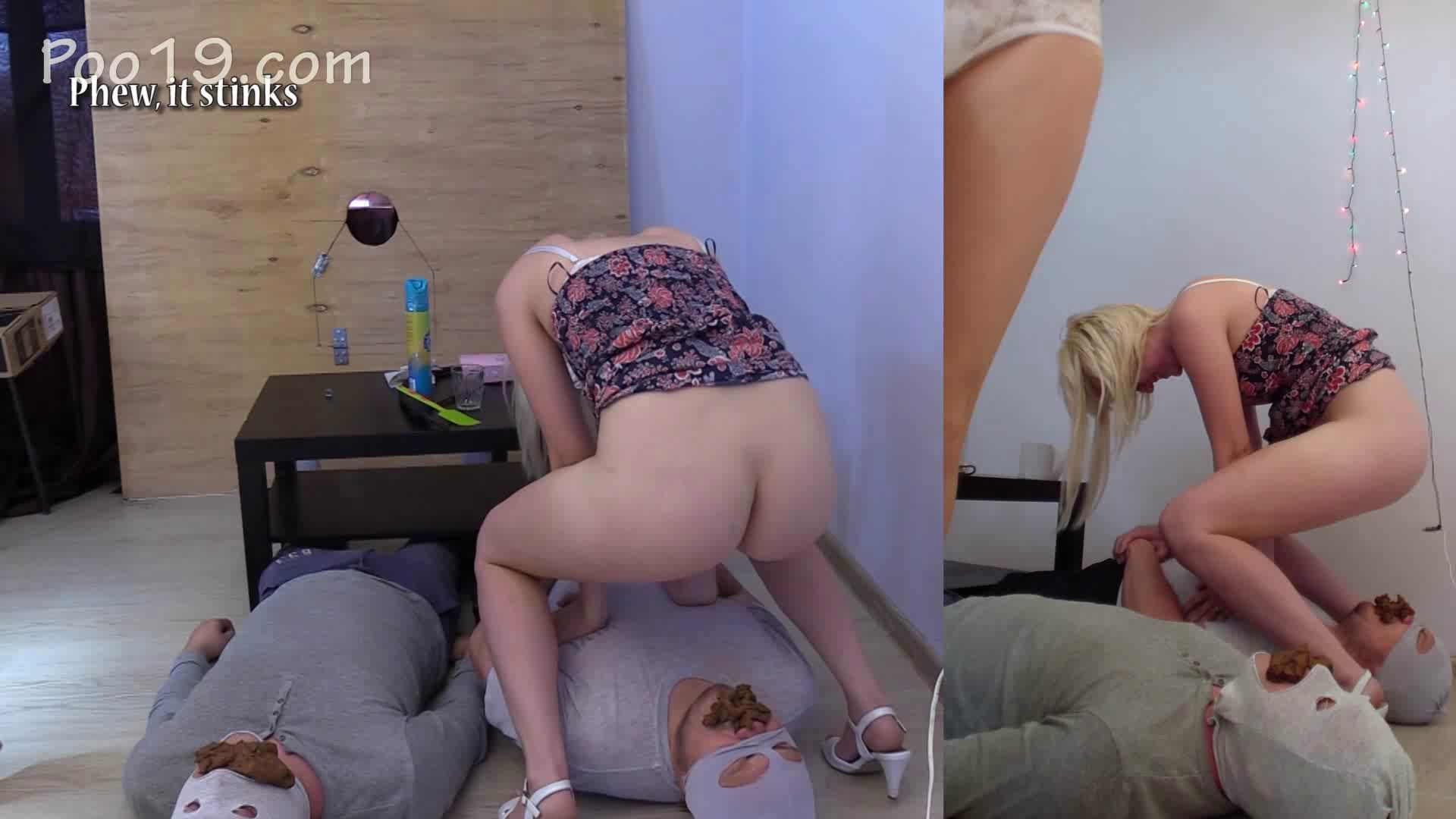 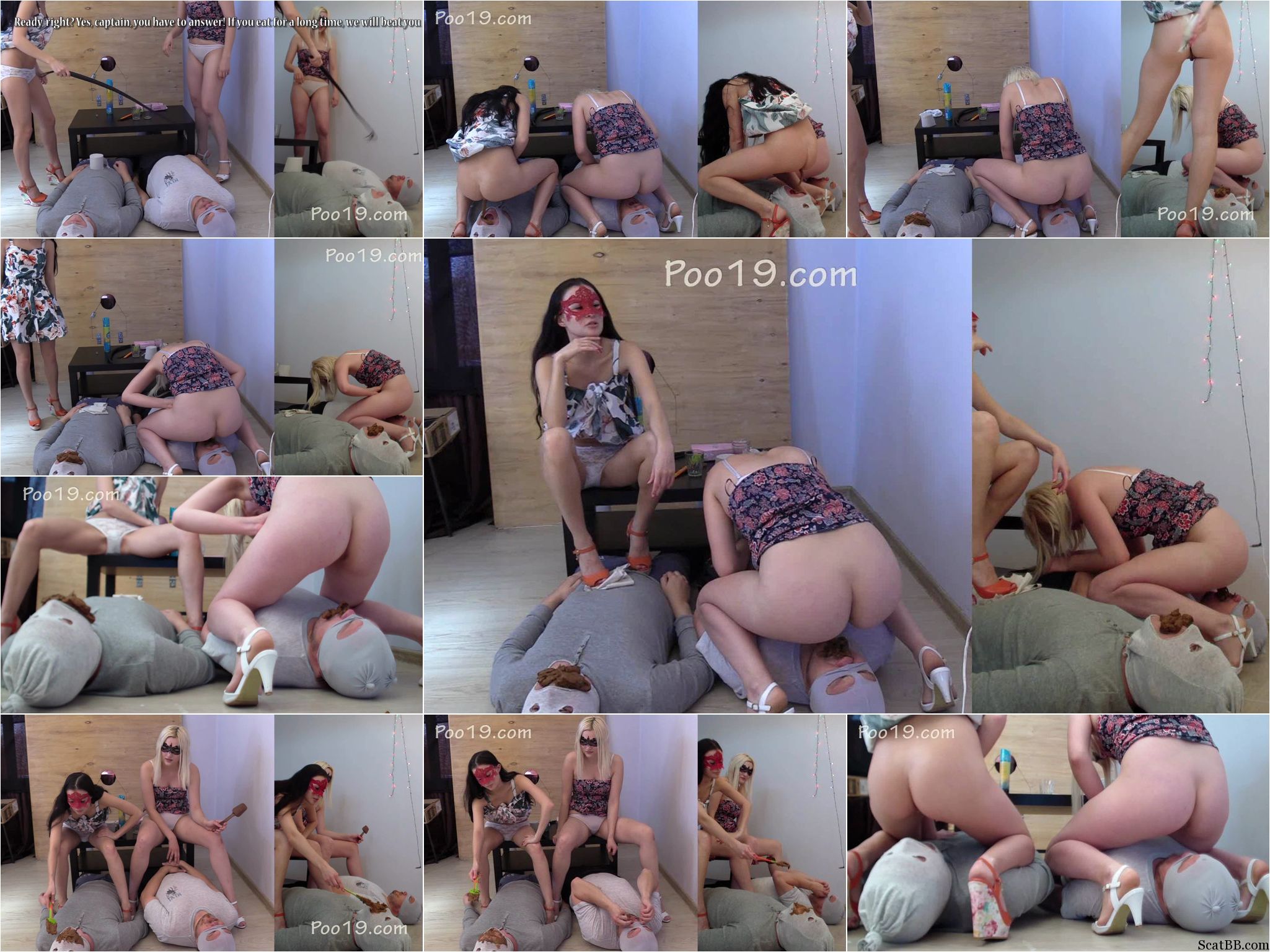