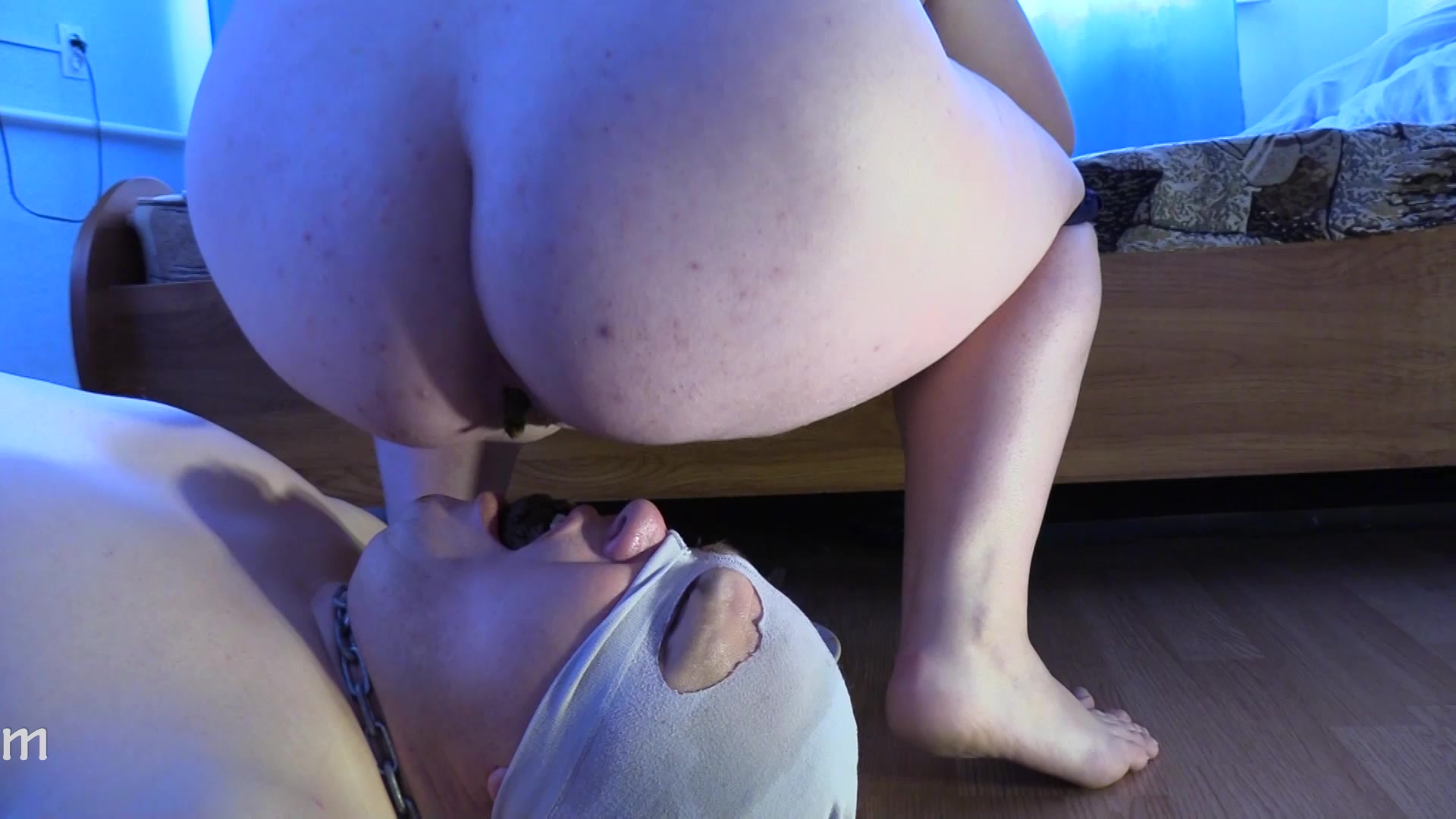 Return of Mrs. Lassie. Aromatic shit. This time, when Mrs. Karina invited the slave for service, she said that a surprise awaited him. Mrs. Lassie returned after the long break. The slave missed Lassie. He had not seen her for almost half a year. When he came, he was first

punished with whip, because he did not want to eat the shit of Mistresses.Then the girls began to feed him. The first was Karina. She gave out the shit onthe plate, and then the slave had to lick her ass to complete purity. The slave licked Karina’s ass for the first time, and for him it was happiness. There is nothing more beautiful than touching your tongue to the dirty ass of the beautiful girl. Her shit was tasty, but very smelly. Lassie gave out the shit directly in the mouth of the slave. Her shit was as tough as Karina’s. It tastednasty and it was very smelly. When the slave was eating it, he was feeling the taste of pistachios in his mouth, which Mrs. Lassie ate yesterday. Slave successfully served both girls. Mistresses were satisfied. 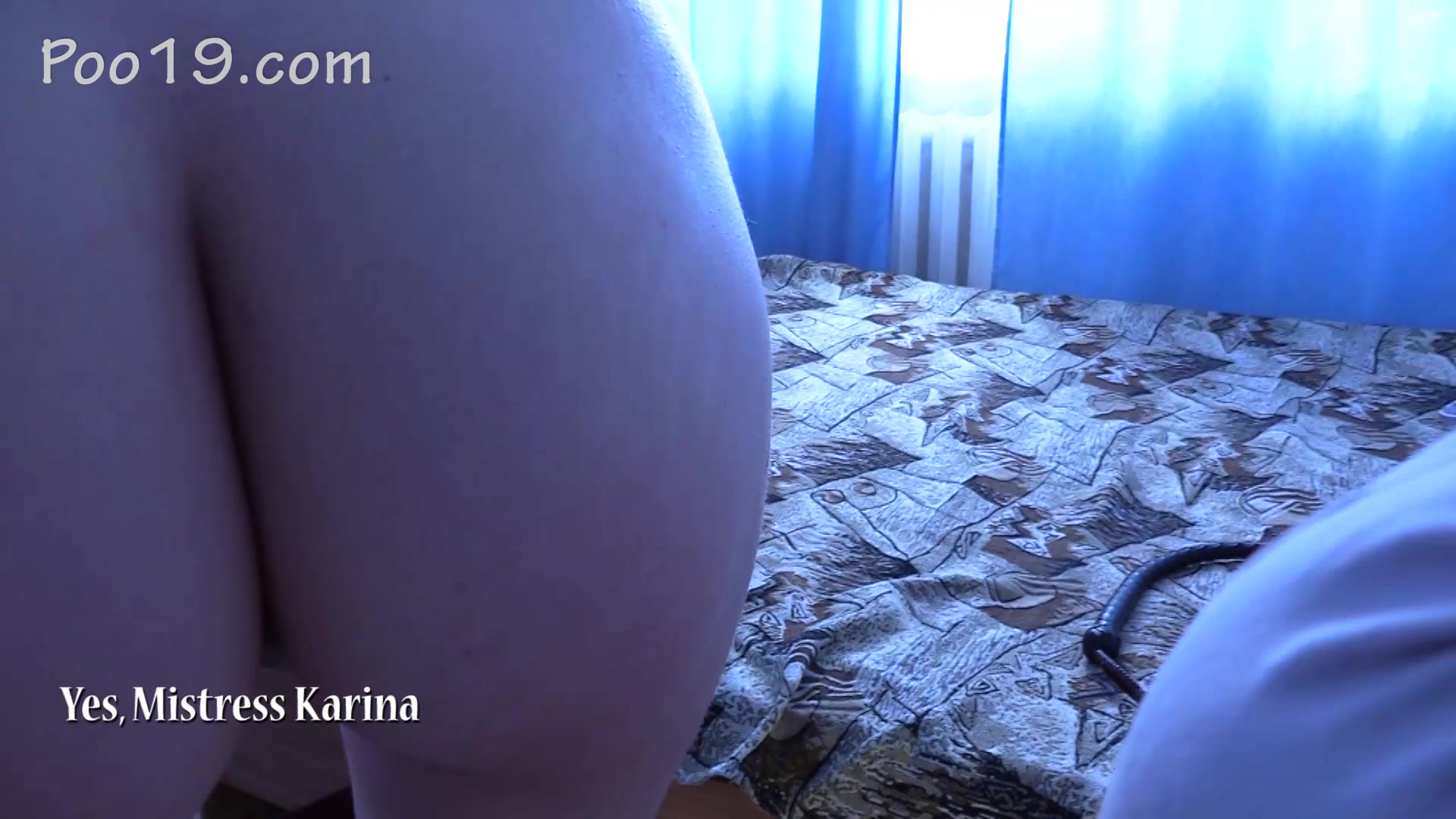 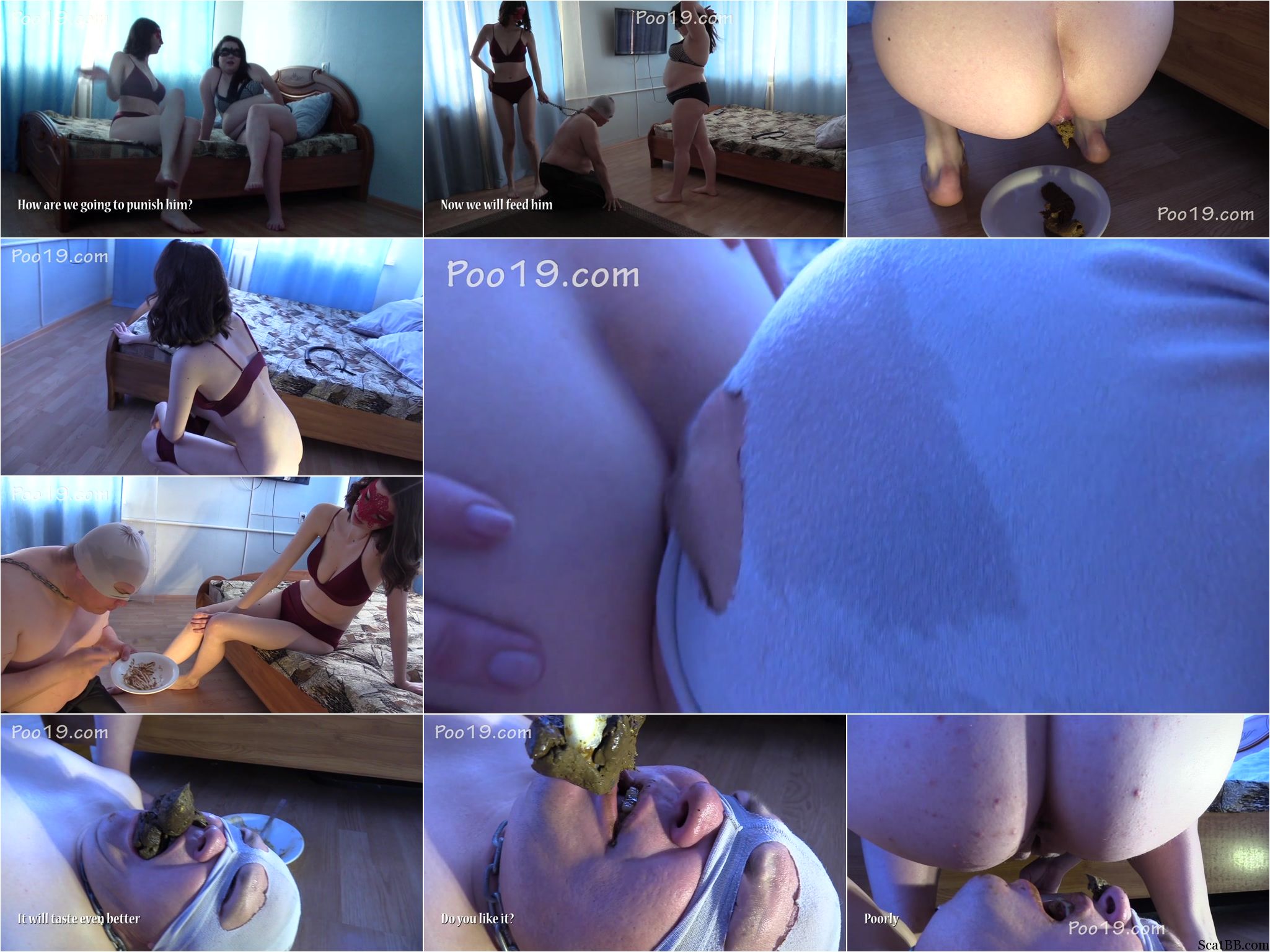